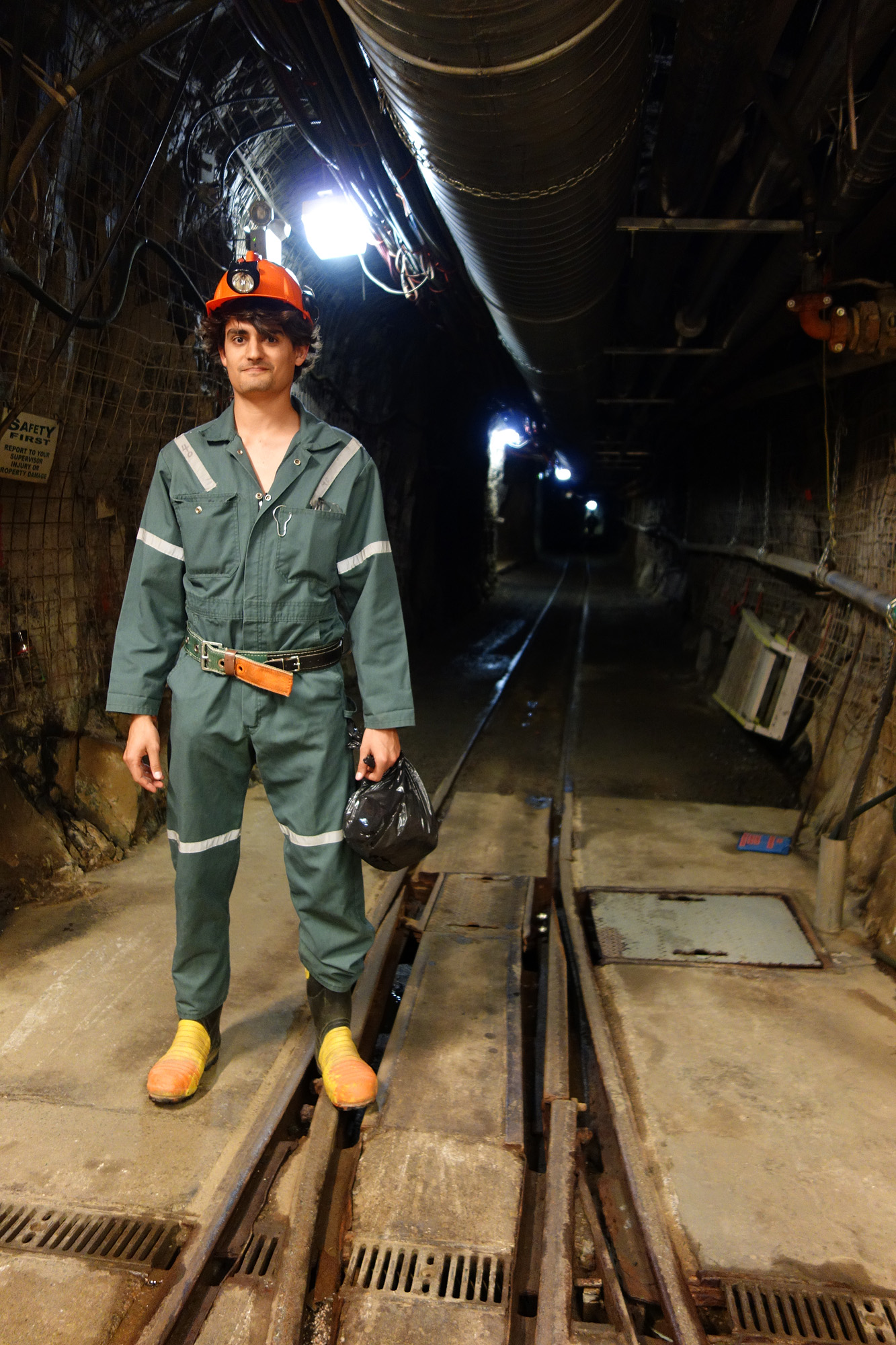 I'm currently working on the SNO+ experiment whose ultimate goal is to measure neutrinoless double beta decay in 130Te (link, picture). The other physics goals of the experiment include a search for nucleon decay, solar neutrinos, and supernova neutrinos.

What to say about this paper? Wow. It's an epic whirlwind of ideas. Although Jaynes is probably not entirely correct in his analysis of EPR, I think the ideas he brings up are still interesting. In the third paper he computes the theoretical efficiency of a muscle using nothing but probability theory and shows that our muscles are within a few percent of that.

LeCrunch is a script to take data from LeCroy oscilloscopes over ethernet. It can be used to create a simple cheap "DAQ" system just by using an existing oscilloscope. By using the oscilloscope in sequence mode, you can take data at up to 1 kHz!

With the assistance of a CUDA-enabled GPU, Chroma can propagate 2.5 million photons per second in a detector with 29,000 photomultiplier tubes. This is 200x faster than the same simulation with Geant4.

Chroma was initially designed to be used for the LBNE experiment. Although it is no longer being actively developed, Chroma is now being used by other collaborations.

Here is a short list of papers which have cited Chroma:

Redis is an in memory database. I use redis as a database for the monitoring website that I created for SNO+, but I also use a lot of the code in redis for the SNO+ DAQ software. While developing that software I've found a few bugs and submitted patches which were eventually accepted into redis.

Metrics Graphics is a javascript library for plotting graphs and histograms created by Mozilla. I use this library for the SNO+ monitoring website and I submitted quite a few pull requests when I first started using it.

The GENIE Event Generator is an open source library for simulating neutrino interactions. I am using the library as part of my thesis and contributed a few small changes to the atmospheric event generator.